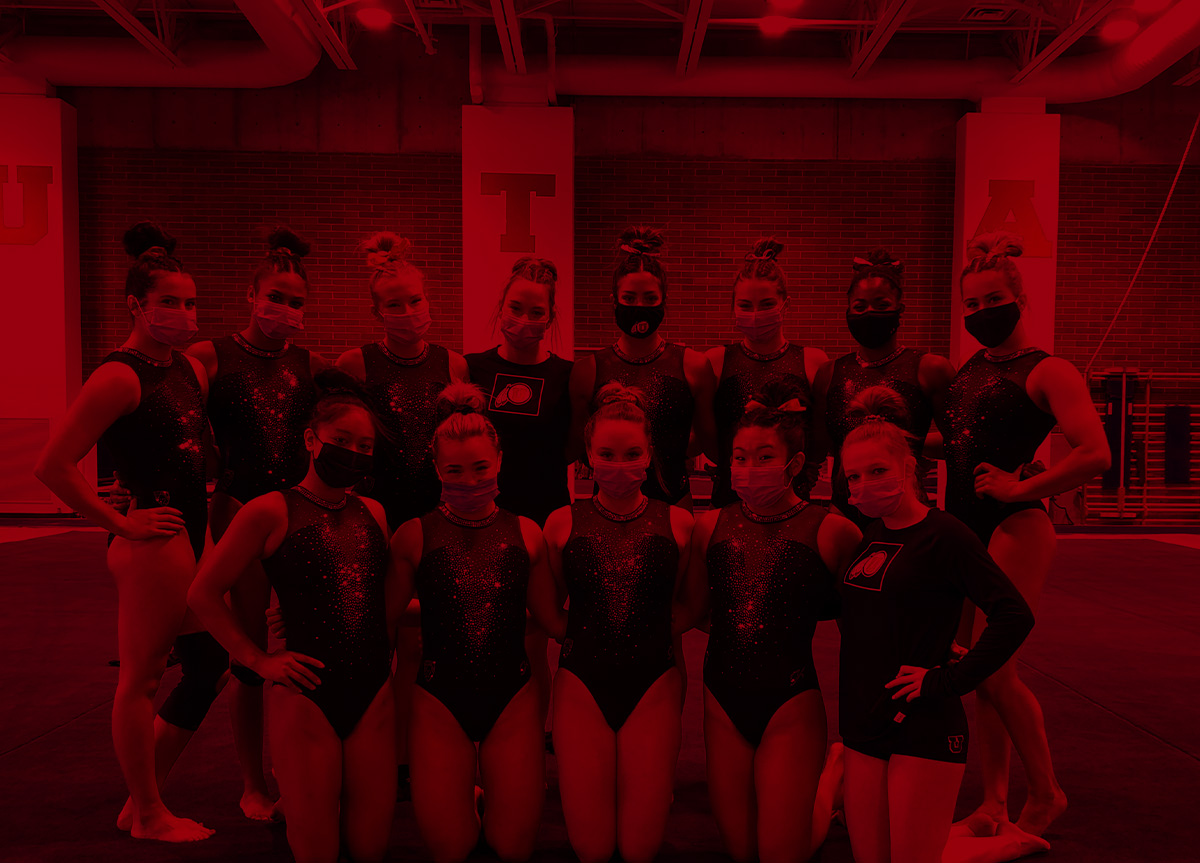 Undefeated, Yet Unfinished
Utah gymnastics looks to pick up where the historic 2020 season left off.

Utah gymnastics was looking ahead to the start of the postseason with only one regular season meet left of 2020 before the whole year came crashing down due to the COVID-19 outbreak. The Red Rocks had rattled off win after win, building momentum to set the team up for what was expected to be a deep run in the postseason.

Utah finished the 2020 season undefeated with an 11-0 record, which marked the program’s first undefeated regular season since 1993 and just second all-time. The Utes went a perfect 7-0 against stiff Pac-12 competition and a conference slate that included knocking off the top half of the conference all on the road. Although the Utes were loaded with sophomores and freshmen, the inexperience did not get to them as they kept the winning tradition perfectly intact.

“Last season left a competitive residue that still burns today,” said reigning Pac-12 Coach of the Year Tom Farden. “We have a lot of athletes that we really feel have a chip on their shoulder and have something to prove. We are very excited to see where this year takes us and know if we put our best foot forward and hit some sets, we ultimately can be one of the most competitive teams in the country.”

2020 All-American on bars and beam

Hoping to pick up where the season left off last year, the Ute gymnasts have had to make adjustments along the way due to the pandemic. After the season came to a halt in March, Utah was forced to step away from training until returning mid-summer. Even then, Utah was not able to train like usual and was forced to revamp their training plans and continue all the way through fall training.

“We have had to have more patience, more communication as a staff, and between the coaches and captains so they understand each step of the training plan,” said Farden. “We felt as a staff we really had to adjust on the fly and experiment with some things. Just because we did it like this last year, for the past six years, or for however long does not mean we should be doing this now. I am really happy with our staff’s flexibility and our athlete’s ability to adapt to the things that we have done.”

Farden continued about this year’s challenges, “Every year is different. For us the biggest challenge is getting the athletes back into gymnastics shape and to do it safely without any major injuries. They responded to that extremely well so far. Second, we felt we had to get some upgrades. It is very important to continue to push the difficulty and get some upgrades to athletes. Some may not be quite ready yet, but will keep progressing and be ready to debut at some point during the season.”

Given the challenges in store, one thing has remained consistent throughout the season and that is Utah’s competitive edge. The Utes have been committed to following all protocols necessary to make the 2021 season a reality. The Red Rocks feel they have more to give and their journeys are unfinished. Farden speaks to how his gymnasts feel prepared for what the season could bring and have been committed in and out of the gym to be successful.

“It’s challenging all the way around,” said Farden on the pandemic. “The pandemic has been a huge stressor on all the gymnasts. No one signed up to go to college to wear masks and never do anything socially. We are going to try to stay intrinsically motivated and do the best gymnastics that we can. The one benefit is we are used to routines and routines are our lives. With the pandemic, it forced us to become routine in some areas we weren’t before, like never leaving your house without your mask. Our athletes are bought in on their new daily routines and will be ready come the 2021 season.”

Utah gymnastics will begin the season at the second annual Rio Tinto Best of Utah on podium, looking for the program’s second straight title over in-state foes BYU, Utah State and Southern Utah. Utah will face three preseason top-10 opponents this year, highlighted by the road matchup against preseason-ranked No. 2 Oklahoma on Sunday, Jan. 17 in Norman, Okla. Looking at Pac-12 competition, the conference has seven of its eight teams ranked inside the preseason top-25 poll. Utah will host two preseason top-10 teams - No. 7 UCLA and No. 8 California.

Utah returns three seniors, who were all named 2021 team captains, that all saw action on two events last season. A two-time All-American on floor, Sydney Soloski will be a lock once again on her signature event. Soloski will also be in the running for the vault lineup once again and has worked up the depth chart on beam. Alexia Burch found her stride last season on vault, earning All-Pac-12 honors with her Yurchenko 1.5 and will lead the Ute vaulters. A consistent gymnast on beam, Burch may appear in the leadoff position this year for the beam team. She has revamped her bar routine and will look to enter the lineup on bars for the first time of her career, while also being an option on floor this season. Emilie LeBlanc will be a steady contributor to the bars and beam lineup as she was a year ago when she joined the program.

Cristal Isa returns as a regular season All-American on bars and beam last season and will look to give it a go in the all-around this year. She was in the all-around three meets last year, but has been a lock in training on all four events consistently ahead of 2021. She will be key on the bars lineup after the departure of half the lineups routines and will potentially fill the anchor position. Adrienne Randall returns as an honorable mention All-Pac-12 selection on beam where she will once again be a force. Randall also continues to be an impact on floor. She also has entered the depth chart on bars, while adding in a Yurchenko full on vault, where she has not competed since her club career. Cammy Hall will be crucial to the vault lineup with her 1.5 that she was able to find her stride with last season. She will also compete for a spot in the floor lineup.

All-Americans on beam Maile O’Keefe and Abby Paulson return after both made immediate impacts to the program as freshman. O’Keefe will look to return as an all-arounder competitor as a lock in the bars and beam lineup, as well as strong consideration on floor and vault. Paulson will anchor beam this season and has been a starter on floor her entire career. She will be a strong contender to compete as an all-arounder this year. Jaedyn Rucker returns from her knee injury and will look to make her Ute debut. Rucker adds a huge Yurchenko full to the floor lineup, has a dynamic floor routine and can also make an appearance on bars. Jillian Hoffman is recovering from a shoulder injury, but when healthy, can contribute on vault, floor and bars.

Warrington, England native Lucy Stanhope has come to the program looking to enter lineups across the board. Stanhope has a wide range of unique skills on bars, beam and floor that could see competition this year. Jaylene Gilstrap comes to Utah with stunning artistry and lines that has the potential to be shown on beam and floor. She was third on floor and fifth on beam at the 2019 American Classic. Alani Sabado signed with the Utes as the final member of the freshmen class and immediately strengthens the Utah bars set. She ranked in the top-five on bars and earned bronze medals on bars at the 2017 and 2019 Junior Olympic National Championships.